It’s a parent’s worst nightmare. Their child is throwing yet another tantrum over a video game. You’re torn between quietly getting on with whatever you’re doing, or confiscating the console from them. Either way, it’s only going to lead to more shouting and screaming.

Sooner or later, you’re going to have to step in. Allowing an anger problem to manifest and take hold is only going to be more damaging than addressing the problem now. We discuss how to do this.

Do Video Games Cause Anger Problems?

Take Away or Let Them Play?

Never take away the games console outright. This isn’t the way to do it. It’s only going to lead to them shutting down and not being receptive to what you have to say. Instead, you need to distract them naturally. Only when someone has reached the level of a gaming addiction should the computer or console be removed.

Gently ask them to come downstairs at a convenient moment. This might be for dinner or in the afternoon after they come home from school. You know when the best time is to talk.

You don’t want them to start angry. If someone is already upset, they won’t take anything you have to say into account. Get them whilst they’re in a good mood and sit them down. Tell them you’re genuinely concerned about them getting angry all the time.

Don’t mention video games or anything like that. This is just going to steer the debate towards whether video games are causing the issue, which is pointless because they don’t.

What Should You Do?

You need to assess where you’re lacking as a parent. Have you been allowing them to get away with things? If you have more than one child, have you been favoring them over the others?

Be honest with yourself. It’s difficult to admit these things. If you’re lacking discipline, it’s time to give them responsibility. Give them chores and make sure they do them.

It will be tough for the first few weeks. They will throw tantrums, but gently steering them away from video games through other tasks will remove the major trigger.

This is something which will only get better in the long-term. Avoid things like child psychologists until you try to do it yourself. You don’t want to make them feel as if they’re ill or abnormal. All this does is pushes them away.

Tom Taylor is the author of today’s guest post. He is an established businessman who likes blogging in his free time. He writes on a wide variety of topics and niches. He says he enjoys playing Juegos De Friv to de-stress himself. 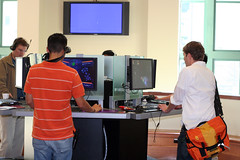