Quite often, people think of alcohol as an aphrodisiac, and although some studies have shown that alcohol helps some overcome social anxiety or sexual inhibitions, there are also studies that show that alcohol may hinder sexual performance. A few drinks may reduce inhibitions and may provide additional confidence for some, too many drinks may actually inhibit the ability to perform. 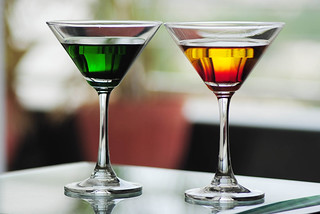 Alcohol is a Depressant

Alcohol is a central nervous system depressant that has an effect on parts of the body necessary for sexual arousal and orgasm. Respiration, circulation and nerve ending sensitivity are all inhibited after drinking alcohol, which could make it difficult to reach orgasm, or even become aroused at all.

Alcohol naturally dehydrates the body, and in order to become sexually aroused, the body needs a certain amount of blood to deliver oxygen to the genitals, which in turn provides greater sensation. In addition, dehydration can cause vaginal dryness, and could lead to headaches or fatigue that make sexual activity less likely.

In a University of Washington Study, men who were intoxicated achieved erection more slowly than those who were sober. Some of the men were unable to achieve an erection at all after having a few drinks. Chronic, heavy use of alcohol has been linked to long-term erectile dysfunction, along with premature ejaculation and loss of sexual desire. In a 2004 study, 11 percent of alcohol users found that they were unable to reach orgasm. Women needed additional stimulation while men were unable to ejaculate after drinking. One reason that alcohol consumption may increase the risk of erectile dysfunction is that it reduces blood flow to the penis, and this prevents the penis from becoming erect. Should this happen, only time will correct the situation as the alcohol leaves the man’s system.

In addition to these factors affecting sex after drinking alcohol, research shows that 90 percent of sexual assaults involve alcohol consumption. Heavy drinking is also associated with relationship problems such as conflict, infidelity, economic security and divorce, all of which can lead to sexual problems. Alcohol consumption has also been linked to exposure to sexually transmitted diseases (STD). Some research indicates that 50 percent of all unplanned sexual encounters involve at least one of the partners drinking alcohol, leading to 60 percent of STD transmissions due to alcohol consumption. Underage drinkers are seven times more likely to have unprotected sex.

Although the relaxing feeling gained from a few drinks may reduce inhibitions and make someone more socially outgoing, overdoing alcohol consumption can lead to erectile dysfunction, unplanned sex, an inability to reach orgasm and dehydration. Although one or two drinks may be acceptable, abstaining from alcohol on a special night may actually improve the sexual experience for both men and women.

Sandra Santos is currently blogging for ErectileDoctor. She enjoys blogging about sexual health, marriage advice and different ways to spruce up your sex life.