Tylenol is used for fever, aches, and pains, and most frequently for headaches. When someone is hungover, popping a couple Tylenol seems the best way to cure a headache and to feel better soon.

Mixing Tylenol and alcohol, even the day after a night of drinking, is dangerous because of the combined impact on the body. The effects are creating irreversible damage, and even death in those taking both.

The active ingredient in Tylenol is acetaminophen. You may also recognize it as a major component of Vicodin in which acetaminophen is mixed with hydrocodone, a narcotic painkiller. The effects of acetaminophen are most damaging to the liver, and while the potential for liver failure has been known for years, acetaminophen is still available in the form of Tylenol without a prescription.

Alcohol consumption alone is dangerous to the human body, and when another substance is added, the risks increase exponentially.

The Combination of Tylenol and Alcohol

Researchers at Parker University in Texas wanted to find out more, so they created a study to determine how low to moderate consumption of Tylenol (and other painkillers) with alcohol is affecting the kidneys.

The Study: Are Tylenol and Alcohol Damaging Our Kidneys?

Information from the 2003-2004 National Health and Nutrition Examination Survey was used to gather data on over 10,000 participants. Even though only 2.6% of the survey respondents said that they use acetaminophen and alcohol together, 1.2% of the 2.6% also reported kidney dysfunction.

In other words, almost half of the people who use Tylenol and alcohol together also have had medical proof of kidney damage.

The study reports that, when used alone, acetaminophen is not directly linked to kidney dysfunction, and neither is alcohol when used alone, but the combination has proven to increase physical damage to the kidneys by 123%.

Results: Do Not Mix Tylenol and Alcohol

The combination is harmful and even deadly.

The liver and the kidneys are at great risk when the two drugs are used together, and each organ can completely fail and shut down without warning, and often without possible treatment.

There are better ways to treat pain than with the combination of acetaminophen and alcohol. In many cases a headache indicates dehydration and a need for natural electrolytes, like those found in coconut water, not for a damaging, man-made chemical.

Think about the dangers and risks before combining these two substances! 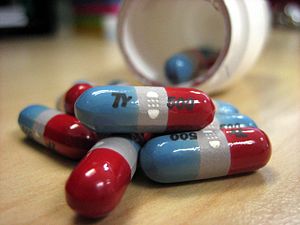