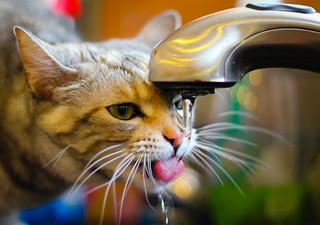 People often wonder why scaly and hard objects reside in their pipes. Basically, it is called hard water. People call their water hard if it contains a lot of magnesium, calcium and other minerals.

This also enables gaps to appear between these calcium flake groups and allows the water to easily carry nutrients and minerals. The calcium powder that is broken down is fine enough that it becomes six times more dissolvable.

The calcium powder’s extremely small size also creates another advantage. Pressure or heat changes will not cause the calcium that was converted to revert to calcium lime scales. The water’s surface tension is also reduced through this conversion. This helps increase the solubility of water and makes it a better solvent. Additionally, the electrical charge of the minerals suspended in the water are changed so calcium will not stick to surfaces.

A well water softener uses a filter that contains sodium ions to remove impurities from the water. The sodium ions change place with the magnesium and calcium ions that create hard water. Over time, filters will need to be replaced or recharged. Recharging is usually accomplished by simply flushing the filter with brine solution.

Weighing the Pros and Cons

Although these water softener systems utilize different mechanisms, people should bear in mind that there are a number of disadvantages and advantages that come with using these systems. One of the advantages of using a well water softener system is that no adjustments are necessary. They measure the water volume that is being used with a meter that turns on as water flows into it.

Only soft, clean and filtered water goes through the non-corrosive internal control system that is completely sealed. There is also no downtime when soft water is available. Aside from that, the possibility of an electric shock is completely eliminated because it does not use electricity.

However, the biggest disadvantage of these systems is that they are quite expensive to install. They also need regular maintenance in order to work properly. They should also be checked on a regular basis to see that it is working properly.

Electric water systems also have a number of advantages. One of them is that soft water can be made quickly with electromagnetic waves using a hassle free and safe procedure. Unlike mechanical softeners, they do not require constant replenishment of salts. They only require electricity to do their job.

However, they have a number of disadvantages. One of them is that the cleaning mechanism has to be adjusted according to the water type and time and amount of water to be used. Aside from that, unexpected changes such as excessive water usage or power failures also result in the loss of conditioned water. What is worse is that electric shocks are possible. They are also prone to malfunction in salty and damp environments where water softeners are often installed.

American Water by Kinetico is a proud provider of both well-water softeners and electric water softeners. Join their Facebook following here.