Carrying a disability insurance policy is an important part of protecting your financial future. Disabilities can vary in length and severity, but the average disability takes as long as two and a half years to recover from. Many people neglect to purchase disability insurance because they overlook its importance or because they rely on government benefits such as social security in the event that they are unable to work.

In reality, however, government benefits come with several restrictions and are unlikely to come close to the amount of money that a person makes when they are gainfully employed, particularly if they possess a highly in demand skill. Because workers with unusual and highly paid skills tend to be those hit hardest by disability, professional athletes are among the countless workers who should and do carry disability insurance.

Most professional teams buy policies for their players as a part of their contracts. When a player has a guaranteed contract, disability coverage offers protection for not only the player, but for the team owners as well, who, in accordance with most guaranteed contracts, will pay the players salaries whether they are well enough to play or not.

Generally, a disability policy protects the policyholder against unemployment caused by injury to any part of their body, but some athletes face such inherent physical danger in their line of work that insurance carriers will insure all but the body parts that are placed in the most peril or have been damaged in the past. In cases such as this, players often elect to buy their own separate policies. Tennis player Venus Williams, for example, is rumored to carry a separate policy for her wrists, which are subject to sprains. William’s wrists are, of course, an integral part of her $15 million dollar a year policy.

More to Lose, More to Insure

When it comes to carrying disability insurance, the problem many athletes face is that getting total body insurance can be almost as expensive as losing out on the wages that they would lose if they were out of work. As is the case with most highly skilled jobs, it is unlikely that an athlete who suffers an injury will be able to find work that pays even a fraction of their salary in the event that they are unable to play. At the same moment that athletes face a total loss of income if they are disabled, they are also placed at a much higher likelihood for injury than their skilled counterparts such as surgeons or legal professionals.

Some athletes are placed at such a high risk for injury or have suffered such severe injuries in the past that they are simply deemed uninsurable by insurance companies. Those athletes who are not denied coverage may pay yearly premiums that are well over a million dollars a year but chose to do so because they insist on carrying some kind of protection in the likely event that their line of work causes injuries that lead to temporary or permanent unemployment.

Jefffrey R. Lamb, an Associate Lawyer at Martin Stanley Law, is a devoted husband to his wife and in his off time donates his time speaking about Education and the Law. 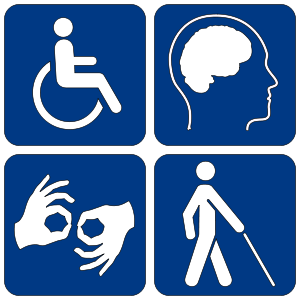