Drug abuse is an ongoing issue here in the United States. For decades, lawmakers, treatment specialists, and others involved in the issue have struggled to find a solution to a problem that just doesn’t seem to improve. It’s a complicated matter that certainly can’t be solved easily.

Currently a drug user faces jail time, probation, and treatment against one’s will. Using illegal drugs is a crime, but punishment alone doesn’t fully address and solve the problem. An individual who abuses drugs needs treatment not just punishment. In addition to their sentence, there needs to be an option for effective treatment that keeps them from returning to old habits and continuing the cycle again.

What qualifies as rehabilitation?

Many involved in politics and the criminal justice system believe that time spent in jail without access to drugs is enough to rid an addict of their drug habit. This may be true, but the individual often stays off drugs temporarily while they are in jail. After completing their stay in jail, many return to old drug habits and commit crimes once again. Forced sobriety does not address the underlying causes of addiction and provide treatment. It’s only a superficial solution to a complicated issue.

Many are suggesting that the system should rehabilitate criminals once they have the opportunity to do so. Effective drug treatment during a stay in prison will halt the cycle of criminal activity for good. It will also help reduce prison populations by keeping offenders from returning again and again.

The cost of providing this type of rehabilitation is one major concern. The cost of adding an effective treatment program to prisons would involve training and hiring appropriate personnel, research, and prevention. In a time when the costs of maintaining the prisons themselves is rising, adding this type of program sounds unrealistic. Yet, if investing in drug rehabilitation for criminals will save money for prisons in the long run maybe the investment is worth it. Another obstacle is knowing whether or not a prison rehab program will continue to work after an offender has left the program. A drug abuser may complete treatment while in prison, but will they continue to focus on recovery once they leave? The goal is to keep drug abusers from returning to crime again and again. There’s also concern over whether prison rehabilitation will lengthen a drug abuser stay in prison.

Both state and federal legislators are sticking with the policy of punishment over rehabilitation despite increasing evidence stating that the latter would be more effective. Drug abusers continue to make up the majority of prison populations. Clearly something needs to change.

Some states have begun addressing the issue by providing rehabilitation to prisoners. The results have been encouraging. Rehabilitation over punishment has saved these states millions in just the first couple of years of being implemented. Hopefully other states will follow as the results become more obvious and continued research shows that the right kind of rehab can really work.

Cindy Nichols is an addiction specialist and specializes in drug intervention at Recovery Now TV. 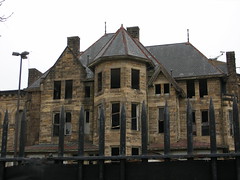