Addiction does not end when you walk out of rehab. Even if you complete the program and stay clean and sober the entire time, the work is not over. You have made it through some of the most difficult parts, but you still need to work each day to make the choices that keep you in a life of recovery from drugs and alcohol.

After residential inpatient treatment, there are many possibilities that you can pursue in an effort to not drink or use. Finding what combination is right for you may not happen right away, but it is vital to incorporate a plan for life after rehab, a way to continue what you have learned thus far.

The importance of a continuum of care is best shown through case studies.

Alice has been an alcoholic for several years. Her friends and family intervened and, through love, lead Alice to the right decision: going to rehab. After 90 days of inpatient treatment, and 90 days of sobriety, Alice was doing well. She went home with a plan of attending outpatient services at a local treatment center, but she never did.

Alice went to a few local AA meetings when she got home, and tried not to see the people she used to drink with, but these people sought her out and she got sick of being by herself.

Bobby has been a heroin addict for several years. After repeat run-ins with the law, Bobby was given the choice of rehab or jail time. He chose rehab and spent 90 days in an inpatient facility. When he left, he went directly to a sober living house, as he didn’t really have a home to go back to anymore. He participated in the same rehab facility’s outpatient services, so many members of the treatment team were the same, and many of his fellow outpatient group members had been in his inpatient groups too.

Bobby continued attending the same NA meetings he went to while in rehab, and found a sponsor that he has worked on the 12 Steps with weekly. His new community involves his sober living housemates, his NA friends, and his family.

Fast forward a year later. Who do you think is still sober?

The importance of a continuum of care, shown through just two case studies, already illustrates the potential difference in an alcoholic or addict’s ability to stay substance-free after formal treatment. Continuing to use the tools learned in rehab when cravings occur, and difficult life situations trigger the individual’s desire to escape and numb out to cope is nearly impossible without a continuum of care, generally from formal inpatient highly-monitored rehab to outpatient services, sober living, and 12-Step involvement.

No addict can recover, or stay in recovery, on his or her own. It is extremely difficult to give in to your old habits and relapse, that is why it is important to continue seeking help towards your recovery.

Kate Green is a quality improvement manager for Balboa Horizons Treatment Services. She has a dedicated passion for helping others who struggle with drug and alcohol addiction. 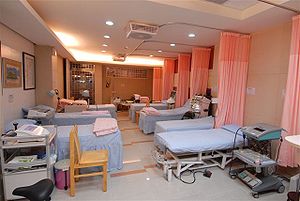