One of the hardest things for anyone to do is to say “no” to someone. There have even been books written about people’s desperate desire to please others. And in social situations, where especially young people feel a desperate need to fit in and feel accepted by others, they may find it difficult to say no when offered drugs. Youth is a time of experimentation and rebellion, and oftentimes trying drugs are part of that period. Unfortunately, sometimes people who start out using drugs casually, end up underestimating how addictive and destructive the drugs, and the lifestyle, can become.

Oftentimes when someone says “no” to using drugs, his friends needle him about being uptight or unable to have fun. This may make the individual feel like he needs to give some sort of explanation, when he doesn’t. In fact, it’s the friends who should be the ones giving an explanation about why they’re doing illegal drugs. It’s important for everyone to know that when they refuse to do drugs, they don’t need to offer any explanation or reasoning. Other people should respect their decision, and if they can’t the next step is to not associate with those people anymore.

One of the benefits of this stressful situation is that it will help a person figure out who his real friends are in the long term.In the beginning it will be lonely, but it’s better in the long-term to find friends who won’t encourage negative and illegal behaviors. If yourcurrent friends keep pushing you to do drugs, despite your wishes not to, you should immediately seek to find a new group of friends. Peers exert an enormously powerful influence on each other, so it’s important to find friends that don’t push you to be self-destructive. Obviously, if they do, then they don’t genuinely care you, but are only looking for enablers to support their behavior. Real friends should have these qualities:

So if a “friend” is pressuring you to do drugs, even after you decline, he most likely doesn’t have the qualities mentioned above.

The Power Of Integrity

By being able to say “no” to something that you know is wrong, this act will give you the power to move forward in life with integrity. Integrity is defined as having strong personal principles, and is a fundamental quality people must develop to be able to build self-esteem and positive relationships with the right people that don’t involve drugs or other negative behaviors.

Future Benefits Of Saying “No”

By saying “no” now the future benefits will be many, such as being able to pass pre-employment drug tests. Additionally, many people’s lives have been ruined by addictions they’ve developed. They spend their lives trying to stay clean, instead of pursuing their dreams and developing their talents. By avoiding this path now, a person will be able to stand up for themselves in future situations that don’t even involve drugs. Learning to do so is very difficult, and is something many people of all ages struggle with. This will also help set the foundation for a person to live his life with integrity and purpose.

Cindy Nichols is an addiction specialist and specializes in drug intervention programs at Recovery Now TV. 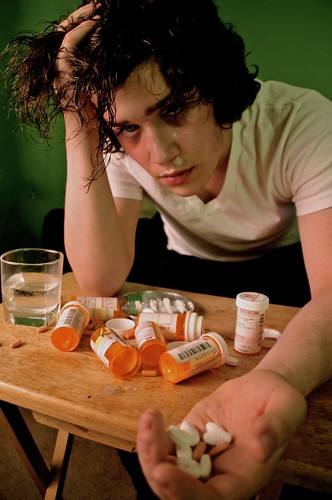