Ants can be found almost anywhere in the world. At this very moment, your garden or even your home might be hiding swarms of ants. Though you can usually tolerate the existence of ants in your house or backyard, there are certain species that you should avoid. An example is the fire ant. 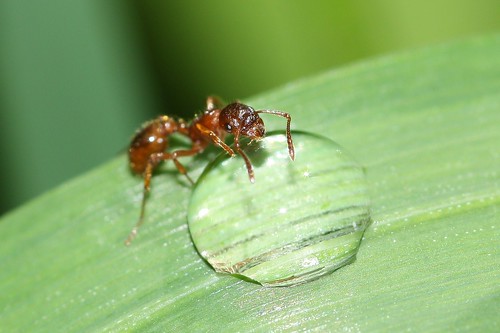 There are several types of fire ants, and they are also known as red ants, ginger ants, and tropical fire ants. One of the most aggressive species is the red imported fire ants or RIFA. They are indigenous to South America, but because of travel and the importation of goods, these pests have now invaded the U.S. Most RIFA colonies are found in the southern states, including California, Texas, and Florida.

Fire ant stings are particularly painful. The bite of a red fire ant causes pain that can persist for a few minutes. Afterwards, the injured site becomes red, swollen, and irritated. Sometimes, a pustule will also form. Because the site can be pretty itchy, you might be tempted to scratch it. This should be avoided as scratching will only chafe the skin, and once the skin barrier is damaged, bacteria from the fingers or hands and from the surroundings can then easily infect the injury.

Usually, you’ll first feel the bite before you see any mark on your skin. You’ll feel a burning sensation that becomes very itchy afterwards. The site of the bite will become red and slightly swollen, and a whitish blister or pustule might form.

What to Do If Stung

1. If you have been stung, leave the area immediately. Fire ants have a tendency to swarm all over their victim, and this can happen very fast. Brush off the ants on your skin and clothes. Like wasps, a fire ant can sting repeatedly.

2. Wash the area with soap and water. Cool running water slightly helps in soothing the sting.

3. Apply a cold compress on the injured site. The compress should remain on the skin for about 10 minutes. Do this repeatedly, about 4 to 6 times during the first day.

4. Do not scratch or squeeze the inflamed skin. This will scrape the skin and make it prone to infection.

5. Take oral antihistamines, like Benadryl, to reduce itching. There are also topical hydrocortisone creams, as well as calamine lotions, to alleviate skin irritation. When treating a baby or a young child, always ask your pediatrician first before applying topical creams or before giving medications for itching or inflammation.

Some people and children are allergic to fire ant stings. This usually happens when an adult gets stung 50 to 100 times or when a baby or youngster is stung about 20 to 50 times. There are certain signs that indicate an allergic reaction. In case you observe that the victim is experiencing any of these symptoms, take him to a hospital as soon as possible.

The victim’s breathing is labored. Profuse sweating can be observed as the person exerts more effort to inhale and exhale.

The injured site is expected to swell a little bit. However, once the swelling becomes widespread, meaning that it has extended to the entire body, then it’s a sign of an anaphylactic or severe allergic reaction. It is particularly important to watch out for swelling of the face and the tongue as this can compromise breathing as well.

Fainting can indicate that the victim’s blood pressure is rapidly dropping. Symptoms of fainting include palpitations, nausea, excessive sweating, and dizziness.

Claire Clarke is a freelancer whose specializes in pest management issues. Her articles have been used by a company in Boston that offers assistance to those who are having pest problems.