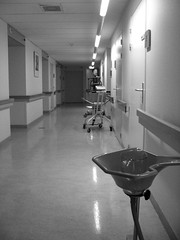 When you place your health in the hands of another person, you do so with the belief that the medical provider will give quality care that will be in your best interest. It is a form of trust that is automatically bestowed upon the medical profession by the patients. Sadly, it is not always justified.

The Center for Disease Control (CDC) has ranked medical malpractice and medical errors as the fourth leading cause of death in the United States. The data, however, also indicates that medical errors could rank higher on the list because many adverse medical events are not reported. The CDC only uses data of reported medical errors.

Patients that are not trained in the medical field can still determine if their doctor does not have their best interest in mind. Small mistakes can lead to large injuries. Patients should look for the following indicators that their doctor may not be the right choice for care.

• Doctor Does Not Listen   If your doctor does not really listen to what you have to say, they cannot effectively treat your disorder. A doctor that is too hurried, jumps to conclusions based on things like your age or weight instead of the symptoms you are experiencing, or just makes a diagnosis off the chart without interacting with you, may have a potential for malpractice. Interaction with patients is crucial to accurate diagnosing.

• Easy Diagnosis   Your doctor should put forth effort to determine what is really wrong with you, even if it seems obvious to them. They should conduct the right exam, tests, and ask the right questions. Assuming a medical condition and prescribing treatment on that assumption is malpractice.

Thorough Testing and Examination is Key

Many people believe that an experienced doctor can make a quick diagnosis without following through on any testing because of their years of knowledge. While their knowledge should be a benefit to the patient, it should not be the only thing used to confirm a diagnosis.

A perfect example would be a recent case in Florida. A 72 year old woman visited the doctor to say she had pain in her shoulder area towards the middle of her back. The doctor asked her if she had done anything physical in the last week and she replied that she pulled weeds three days prior. She went on to state that her shoulder was aching before that so she really believed there was something wrong.

The doctor assured her it was just aches and pains from her age and sent her home with a mild pain killer. She returned after two months, which was the earliest appointment, and told the doctor the pain was getting worse. He informed her that she “probably” had arthritis and that she needed to “come to terms” with the aches and pains of age.

Three months later she was admitted into the hospital with severe pain in that area and found out that she had late-stage lung cancer. She died in the hospital a few days later. The ER doctor stated that she could have had several more years of life had she received treatment at the onset of the symptoms.

Today’s legal process is a tough one to navigate on your own and hospitals often have a team of experienced attorneys on staff. Consulting representation should be one of your first steps after you make the decision to sue. “The lawyers representing the party responsible for your accident may try to convince you to quickly settle your case. By accepting this settlement, you will forfeit your rights to seek further damages,” says personalinjurylawyerny.net. An experienced attorney can help you with determining the maximum amount damages you are entitle to and with every step of the claims process.

It is very important that you stand up for your health, as it is the most important thing that you have. If you feel that your doctor is not caring for you, find another one. If you have been injured by your medical provider, seek legal action for your injuries. As a victim of medical malpractice, you are entitled to receive compensation.

As a former health information technician and medical records worker, author Molly Pearce writes this post for those who will have a questionable doctor or hospital experience and don’t know how to proceed. She referenced personalinjurylawyersny.net to learn more about personal injury and seeking the proper representation. After being prescribed the wrong medication herself in one instance, this is information she wishes she had.

Born with passion for art, music, fun, fashion, adventure, blogging, and life lived to the fiercest! A great variety of educational, professional, and personal experience has gifted me an open mind, strong heart, and a wealth of stories to tell. Concerned with human rights and the state of the natural world. Thriving on the fresh, thoughtful, healthy, and hilarious.