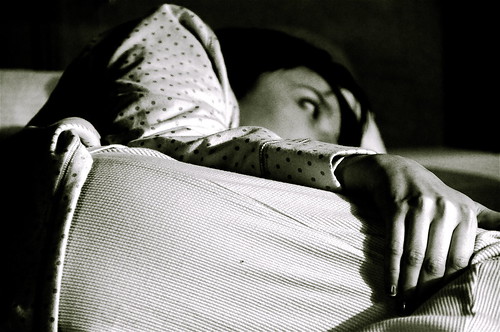 As adults we have a lot on our minds and sometimes that can cause us to lose sleep; which can lead to problems relating to our health. Sleep deprivation is a serious condition that can cause problems such as; depression, contribution to heart disease, accidents due to lack of alertness, and lack of production at work or home. On average most adults need seven to nine hours sleep a night but, there are times when that doesn’t happen. Insomnia is a sleep disorder that haunts a large majority of the world’s population. Insomnia is one of the least understood sleep disorders but, there are some steps that help with the symptoms and bring relief.

How many times have you said or heard someone say “A nice cocktail would make me sleep better”? This is a false statement and can actually have the opposite effect. At first the alcohol makes a person drowsy and they may fall asleep but, not for the needed seven to nine hours. The alcohol may cause one to wake up with a headache, stomach ache, or to use the restroom. Once the sedative effect wears off there is an adverse effect that makes it extremely difficult to fall back asleep. Another myth we all believe is that we shouldn’t eat sugary snacks before bedtime. A small sugary snack eaten thirty minutes before bedtime can actually have a sedative effect and the same for a non-caffeine drink mixed with honey. If you do not want a sugary snack try a high carbohydrate, low protein snack. These types of snacks are gentle on the stomach and ease the brain making it easier to sleep. Foods with tryptophan are a good source for bringing sleep; these might include turkey, chicken, cashews, tuna, or cottage cheese.

Creating a sleep schedule helps the body’s natural clock get in tune with a sleep pattern. There should be a regular bed time and a regular wake up time. Even if sleep is troublesome and takes a long time to come; get up at your regular time and do not take a nap the following day. It may be hard to do but the end result will be beneficial. Put together a bedtime routine that can be followed each night. This routine should be based on the idea of relaxing and preparing for a night of slumber. Grab a favorite pillow and curl up on the couch for an hour to read for quiet time. Another option may be to take an Epsom salt infuse bath to relax the leg, back, and other body muscles two hours before bed and soaking for about twenty minutes. Doing the bath routine any closer to bedtime may over stimulate and make sleeping more difficult.

Natural Over the Counter Remedies

There are some natural over the counter products available to help with the issue of Insomnia. First on our list is Melatonin; a natural hormone found in the body that regulates the human clock. As a person ages the body produces less Melatonin and a one to three milligram tablet may help to cushion the lack of Melatonin. 5HTP is a replacement for a lack of tryptophan in the body which can help to produce serotonin a natural sleep aid. Low levels of tryptophan are commonly related to persons suffering from depression. Valerian root can serve as a natural sedative which will increase the amount of time spent in a deep rapid eye movement sleep. Before trying any of these over the counter remedies consult a doctor to make certain it is safe.

Donna Jane is nurse on 20 years, working in Sydney in geriatrics care. She writes often on the DearJane blog about dementia and aged care.