Aside from being the most common diagnosed cancer among the United Kingdom men, this aggressive, symptomless and creeping disease is a worldwide menace. Nevertheless, patients who have been diagnosed with this creepy disease remain optimistic, but why? Today, the world has seen the rise of many different awareness groups, particularly to fight prostate cancer and restore men’s health. One of these groups is called the Movember Movement. Formed in 2004 as a simple awareness idea, the Movember Movement has developed into one of the most recognizable charities in the world associated with prostate cancer. Through the pioneering Movember Centers of Excellence, this movement has brought together leading researchers who are specialized in different scientific fields to tackle the unanswered and mysterious questions associated with prostate cancer.

The Rise and Achievements of the Movember Movement

The Movember Movement was formed by thirty Australian men who decided to cultivate a mustache throughout the month of November. A few years later, the concept quickly spread in the entire world, something that     saw the original Movemeber-30 form what is now known as the Movember Foundation. Despite humble background and beginnings, the foundation managed to raise 20.4 million Euros in the year 2013 alone, with 15 million Euros channeled to Prostate Cancer UK’s research and various community support initiatives. Today, the Movember Movement is in support of various Prostate Cancer Initiatives, and one of these initiatives is dubbed âThe Prostate Cancer Story. 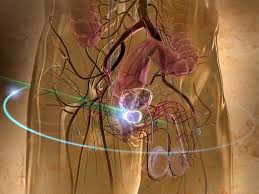 The Advantage of Movember Movement towards Prostate Cancer

With a motto dubbed âFrom Primitive Treatments to Pioneering Progress, The Prostate Cancer Story dates way back in the 1890s, where doctors could surgically remove the testes of patients (orchidectomy) to get rid of testosterone (the main fuel of the cancer cells). It continues to the present day, which has seen doctors use modern, safer and highly advanced tools to treat prostate cancer. Recently, the initiative carried out research, and according to this research, 84% of patients in 2010-2011 lived for at least ten years after diagnosis. On the contrary, between 1971 and 1975, only 21% of patients, suffering from this disease, lived for at least ten years after diagnosis. According to studies, this dramatic rise in survival rates is as a result of the swifter diagnosis and pioneering modern treatment. Most importantly, it is due to the availability of essential funding that has been consistently supported by high-profile fundraising initiatives like the Movember Foundation.

Although the advancement of medical prowess has led to better prostate cancer treatments, increased survival rates, and improved diagnoses, awareness about this disease is still lacking. Among the major reasons for this is the fact that not everyone is aware of the incredible figures and facts, which are they hugely disregarded by news outlets, but what do we know? Research conducted in the U.K. noted that 40,000 men would be diagnosed with prostate cancer at some point in their lives and that 10,000 men are diagnosed with prostate cancer at least every year. A report released by the You Gov., in June 2014, acknowledges that 83% of men at an increased risk of prostate cancer do not get the picture that their chance of developing the disease is higher. Ideally, 75% of men at increased risk of prostate cancer acknowledge that, even if they were aware of this, but did not experience any symptoms, they would not speak it out to their GP.

The Evolution of Prostate Cancer Treatment

Back then, prostate cancer was not common, and this led to inadequate medical knowledge regarding the disease. As a result, brutal and slow medical techniques were used to treat the disease. However, doctors soon understood the disease fully; thus, were able to adopt improved treatment methods. They also came up with extensive research methods to help contain the disease. These methods have so far improved to the extent of being in a position to identify prostate cancer symptoms. Among the most notable symptoms of prostate cancer, include:

Presence of blood in the urine

It is unbelievable that just 50 years ago, the average number of prostate cancer survivors was a mere one or two years. Treatment was lacking, the diagnosis came too late, and patients slowly died. However, our generation is fortunate enough, as we live in an age where persons suffering from prostate cancer have access to effective treatment and improved diagnostic tests. As a result, patients can survive for prolonged periods, with the latest statistical figures (dated from 2005 to 2009) showing a dramatic increase in the number of prostate cancer survivors.