In many cultures the hygiene sense of a person is judged by the hygiene level on his/her feet. As anybody looks at your feet, toe nail fungus can be a turn off and can lead to people judging your hygiene sense. Toe nail fungus is not just a problem that infests your toes, but also spreads onto your finger nails and is also contagious.

To diagnose toe nail fungus, it is important for one to keep an eye on the nails regularly. If there is an appearance of a white, yellow or green patch at the edge of the nail, accompanied by the other symptoms given below, then it is best to treat it at the beginning stages.

The other symptoms that you can look for are:

The symptoms can vary depending upon the bacteria that is causing the infection.

Some of the main causes of toe nail fungus are:

The most popular medication among the people for the treatment of toe nail fungus is the systematic anti-fungal medications that are available in a pill form. These pills identify the fungal cells in the body and kill them. These medicines normally consist of clotrimazole, terbinafine and iraconazole, which have anti-microbial properties.

In some cases, this medication is paired with topical solutions. There are creams, lotions and ointments that can be applied onto the infected nails to provide relief. These topical products can also be used individually if the infection is in its initial stages but this treatment is time consuming and less effective.

Tea tree oil, grapefruit seed extract and snakeroot leaf extract can be applied on the unpolished, infected nails every day as home remedies to toe nail fungus. Owing to the natural anti-microbial properties that these fluids possess, they hinder the growth of the fungal cells and provide relief to the host.

Check out this overview of toenail fungus for more information. 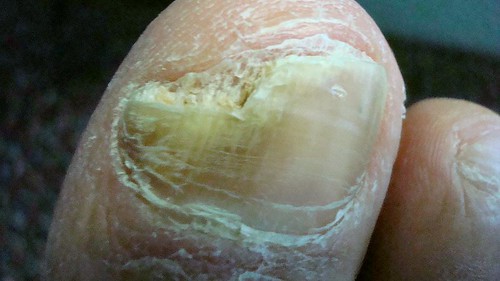