Brain-boosting games are a massive market. Whether you look at the App Store or Google Play, you’ll find plenty of educational games that claim to increase your mental capacity. With the explosion of mobile devices, developers have been looking for ways to cash in on many people’s thirst for knowledge and self-improvement. And we’re not just talking the odd Sudoku or crossword game. Over the last three years brain-health games have grown in popularity, with revenues soaring from $600 million to $1 billion dollars, according to SharpBrains. Not only do these games increase mental capacity, but recent studies have shown that they can actually help you to avoid the risk of getting Alzheimers. The most common form of memory loss (particularly in those over the age of 60) is Alzheimers, therefore these ‘brain games’ should be taken seriously by everyone.

Despite all the positives, many parents and campaigners have maligned games for ‘dumbing down’ children with little evidence; but a recent study might change their minds. Three American researchers from the University of Texas – Brian D. Glass, W. Todd Maddox, and Bradley C. Love – recently published a study on the effects of playing games on cognitive faculties. The study had participants play complex games such as Starcraft and The Sims – the strategy, planning, and memory tasks involved were supposed to reflect the decision making processes that happen in real life. The participants were all women since the researchers found it difficult to find non-gaming males at the University of Texas. Thus the sample set was not the most representative but the findings still pointed to interesting conclusions. The study explained: “Theoretically, the results suggest that the distributed brain networks supporting cognitive flexibility can be tuned by engrossing video game experience.” Essentially, playing games can improve the way your brain works. So if you go to, let’s say, www.betsafe.com and play poker or blackjack which involve hundreds of calculations, predictions and assessments, you are exercising your brain cells.

Nanyang Technological University in Singapore also conducted a study where 75 non-gamers played five different games and the effects on their brains were analysed. Every participant was assigned a specific game from a selection which included Hidden Expedition, Memory Matrix, Bejewelled, Modern Combat: Sandstorm and The Sims 3. Participants were made their game for an hour a day, five days a week for a whole month. Only Modern Combat was an action-based game whereas the others focused on visual, memory tasks or the manipulation of an avatar. When the month of gaming was over, the gamers performed a series of tasks that tested their cognitive functions. The study’s conclusions found that action games can boost spatial awareness and memory games can improve visual search abilities. Games could be used to treat people with brain damage as they encourage neuroplasticity.

Such studies will go some way to disproving the idea that games are harmful to brain development and detractors might look to how we can make games more beneficial and educational. With adequate funding, the research community can look at how games can treat degenerative brain disorders such as Parkinson’s and avoid Alzheimers altogether. 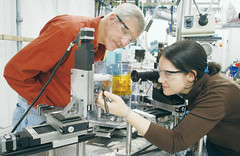