If you peruse Apple’s App Store you’ll find hundreds of games devoted to boosting brainpower. Ever since the smartphone explosion lead to a boom in mobile gaming, savvy games developers have been looking for ways to tap into our desires for self-improvement. And this holds especially true for the brain health market. Who could argue with a game that increases your IQ, works out those mental muscles, and helps stave off dementia? This has been reflected in the software world where, according to a study by SharpBrains, revenues for brain health games grew from $600 million to $1 billion in three years. But how can games actually improve those cognitive faculties?

Recently, three American researchers, Brian D. Glass, W. Todd Maddox, and Bradley C. Love published a study on the online research journal PLOS ONE. The study involved participants playing StarCraft 1 & 2 and The Sims. All three games involve strategy, planning, memory, and multi-tasking. The participants were women from the University of Texas who classed themselves as non-games. Not the most representative sample, granted, but that was down to the lack of non-gaming males at the university. The findings were however promising, indicating that playing such games increased cognitive flexibility. The report explained that: “Theoretically, the results suggest that the distributed brain networks supporting cognitive flexibility can be tuned by engrossing video game experience.” So, it’s not just doing a crossword that’ll help those brain cells. Playing a card game like poker on your iPad, for example, can involve the brain doing countless calculations about probabilities and large amounts of decision-making.

Another study from Nanyang Technological University in Singapore had 75 non-gamers play five different games to determine the effects on the brain. Each participant was assigned a game, from a choice of Hidden Expedition, Memory Matrix, Bejewelled, Modern Combat: Sandstorm and The Sims 3, and asked to play for an hour a day, five days a week for a month. Only one of the games could be considered action-based while the others involved visual and memory tasks or controlling an avatar to make real-life decisions. After the month had passed, the participants were asked to perform a series of tasks which would test their cognitive flexibility. The results showed that those who had played the action game were better at tracking multiple objects and those who had played the other games were more competent in visual search tasks. There is a hope that gaming might increase the brain’s neuroplasticity and encourage the brain to rewire itself after being damaged.

The power of video games is a new but topical phenomenon in the research community where studies are now looking at how they can treat degenerative diseases like Parkinson’s. It’s not certain yet whether being one of best Starcraft players, say, actually translates to real-world benefits. The skills learned in the game might be specific to that game and we don’t know all the physiological and psychological side effects of staring at a screen all day or absorbing yourself in a game universe. But it seems that playing games is not a useless pastime. So next time someone moans at you for playing Candy Crush, just tell them: “I’m studying.” 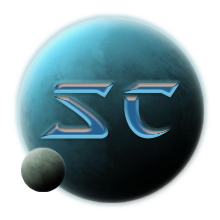 Hi! My name is Krasen Markov and I am a writer for Health Host. Please leave your comments below.