Getting fit and staying healthy is a concept that’s been around for decades, but it wasn’t always possible to get a full-gym workout from the comfort of your home. Home fitness equipment started out many years ago, but the devices that first hit the market seem like ancient torture devices to modern-day fitness enthusiasts. Here’s a look at how home fitness equipment has evolved over the years.

The origins of strength training are credit to the ancient Greeks, who first used the concept of a dumbbell in order to prepare for sports, such as the long jump. However, there is evidence of weight-training concepts used in ancient Egypt and in other cultures – Egyptian tombs contain images of men carrying sand bags as a form of exercise, for instance.

As the idea of getting fit from your living room gained speed, free weights became the first fitness product available for home use. Because of their non-technical nature and relatively small size, free weights were a simple weight-training tool that was easy to offer to the end consumer.

Resistance Machines Take It Up a Notch

LaLanne was a major proponent of the concept of lifting lighter weight loads at higher repetitions, which is said to have the same effect as lifting heavier loads at fewer reps but is easier on the body – particularly in the aged. He invented resistance machines that are still in use today, such as the cable-pulley machine, Smith machine and leg extensions machine.

Just a decade after LaLanne introduced the first types of resistance machines, a mechanical engineer named William Staub invented the treadmill in the late 60s. At that time, treadmills were only used in physicians’ offices.

Staub saw a need to provide the same type of equipment for personal use after reading research from Dr. Kenneth Cooper, which stated that running a mile in eight minutes about four to five times each week helps to improve overall fitness. But because weather conditions and other obstacles prevent many people from jogging outdoors, a machine designed for home use filled an unmet need.

In the 20th Century, bodybuilding became more popular. Around the same time, women also started to participate in weight lifting – either for strength or sport. Free weights are simple and useful, but there was a better way. Arthur Jones invented the still-popular Nautilus equipment, which takes weight training to a new level with functional, safer equipment for both gym and home use in the 1970s.

Nautilus machines also enable individuals who want to build strength to do so without building significant muscle mass – so those who simply want to tone their muscles without adding bulk can do so safely.

Fitness technology didn’t stop with the invention of more functional machines that can easily be used in the home. Today, fitness equipment such as treadmills, elliptical machines and even rowing machines are equipped with digital technology that allows users to implement pre-configured workout settings, automatically adjusting resistance, inclines, speed and other variables.

These settings are controlled by membrane switches, sophisticated key pads that create a custom user interface. It’s the same technology that controls modern microwaves, dishwashers, and some medical equipment. These easy-to-use keypads have made modern fitness equipment much more functional, allowing consumers to participate in professionally-designed workout regimens with no research and no guesswork.

While numerous inventors have created machines to make it possible to stay fit without visiting the gym, technology like membrane switches has revolutionized the home fitness industry. Learn more about membrane switches by visiting Pannam.com. 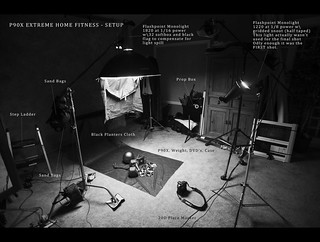