“Don’t let the bedbugs bite!” We all grew up with this admonition.

As kids, we didn’t think much about it, until we hear that there actually ARE such things as bedbugs!

Unless you’re a fan of the US version of “The Office” series and have heard Dwight referring to hay as being “mattress-quality”, we’re rarely even reminded of the evolution a mattress had to go through to become what it is today. And the history is fascinating.

OK, maybe “fascinating” is too strong of a word. Maybe “interesting” is a better word to describe it.

Today, we take a short, concise look over our shoulders at the storied evolution of a mattress.

As you would expect, ancient mattresses were little more than a pile of straw, dried moss, or another item with loft, usually covered with animal skins.

About 3600 BC, people started building platforms to raise their beds.

Raising the mattress off of the ground reduced invasion by pests and helped to keep the sleeper out of drafts. Beds like these have been discovered in South Africa and Scotland. The Egyptians, of course, went over-the-top with steps up to the platform, surrounded by bolsters and curtains.

As the raised bed became more of an established item in the ancient home, it became more decorative. Mother-of-pearl inlaid with ivory was common, along with gilding and inlaid wood.

Interestingly enough, ancient pillows were not that soft! There are plenty of examples throughout history of headrests that are made of marble, wood, and gold. These would support the head, but don’t seem to be comfortable.

About the time people started raising their beds off of the floor, they also became a little more sophisticated in the mattress stuffing. Feathers and wool became popular fillers, making beds far more deserving of their gilded and inlaid frames.

A Bed for Everything – ancient Rome

Now, this is an interesting era.

In Ancient Rome, people had 5 or 6 beds for different purposes. There was a normal bed for sleeping and a marriage bed that was very ornate and publicly displayed. I don’t know if EVERYTHING was displayed, though.

Believe it or not, the 1600s became known as The Century of Magnificent Beds. King Louis XIV had over 400 beds scattered throughout his palaces. He even reclined on a bed when holding court. Feather pillows appeared in the 1700s – why did THAT take so long? Curtains and linens for beds would be so heavily embroidered with gold thread that the rich velvet hardly showed through.

Of course, fancy is never fancy enough. The Great Bed of Ware probably wins the prize for the largest bed at nearly 11 feet wide and over 11 feet long. It was even referred to in Shakespeare.

But, it took an Indian Maharaja to really show us “fancy.” In the late 1800s, he had a bed made from solid silver. Each corner of the bed was adorned with a life-sized statue of a naked woman, each holding a fan. When he would lie down on the bed, it activated the fans.

All of the fancy inlay and precious metals in the world will not help you sleep well. It’s the actual mattress itself that provides a good night’s sleep. Thankfully, we have a wide selection.

Pillow top beds are mattresses that have a thickly quilted topper attached. Many of these mattresses are reversible, with one type of material used in the filler and cover for cold weather and different materials used on the other side for summer. These mattresses are placed on box springs for support, and it is recommended that the box springs be supported with a bed frame, keeping the bed off of the cave floor. 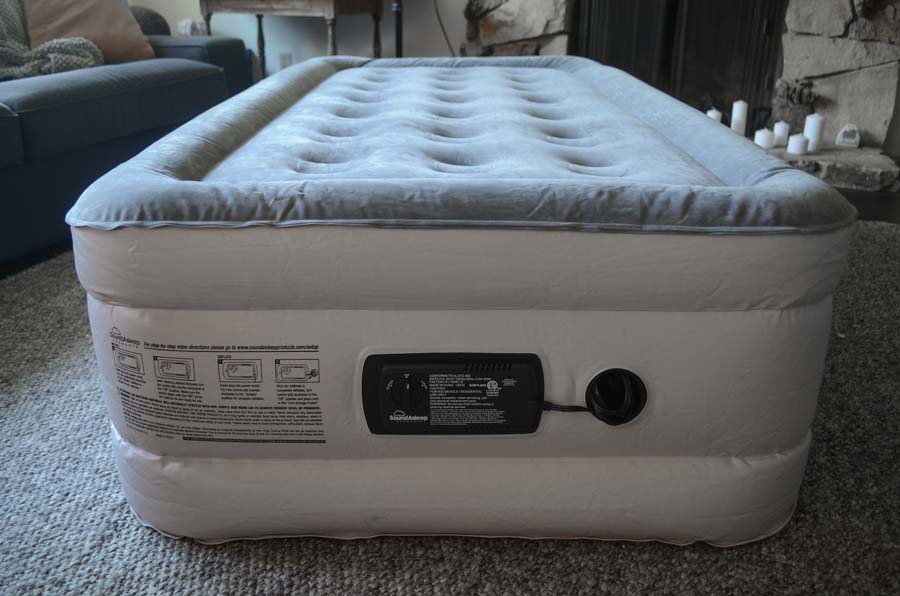 Let’s be precise, we’re talking about the high-end airbeds designed around the concept of adjustable air chambers, not the classic models you might think of when you hear the word “air mattress”.

To be fair, even the cheaper versions are finding their way into our homes as they become more durable and pleasing to the eye. The “edge” that might mike an air mattress a better choice for some people is that you can choose your firmness as you go (a helpful feature for people with back pain).

Based on the same idea, in the higher end of the spectrum you’ll find the airbeds that are hard to beat in terms of versatility. You can choose the firmness, angle of the recline and, in some models, even the temperature of the surface. No other bed can offer this kind of versatility.

Let’s not day-dream and talk about sleep capsules and what the science of sleep might come up with in a 5 or 10 decade.

Looking at the more immediate future, the one area where the mattress might change the most is sleep tracking. And that’s good news.

Too much about the way an average person sleeps today is based on the outdated 8-hour rule. What we’ve seen in the past decade is more people waking up to the importance of sleep quality (over quantity). We’ve seen a surge of devices like sleep trackers and monitors.

While that’s a good thing, it can get too much for the busy, fast-paced live we live. This is the area to keep an eye on – it’s very likely that, in not-so-distant future, your mattress will do all of this for you.

To put it simply – it will eliminate the guesswork and tell you exactly what works and what doesn’t.

Now this might be a good moment to use the word “fascinating” – from a bag filled with hay, to having a personal sleep therapist in your bedroom.