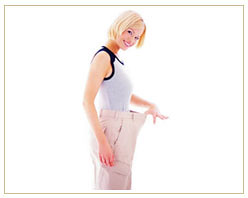 Gastric band surgery is a last resort option for people who are trying to lose weight. Often, they will have already attempted various other strategies in their weight loss efforts, but to no avail.

Because gastric band surgery is a major operation, it is not one which doctors or surgeons will recommend lightly. They will usually stipulate that a patient meet several specific criteria before being approved for surgery. These usually involve:

The last point is of particular importance, because gastric band surgery is a complicated procedure which always results in the patient needing to drastically alter their life and eating patterns afterwards.

For example, the defining feature of gastric band surgery is the reducing of a patient’s stomach by way of a balloon which divides the stomach into two portions and thereby restricts the amount of available space. This means that the patient will thereafter only be able to consume small portions of food, or run the risk of vomiting. Unless the patient is able to commit to this lifestyle thereafter, the likelihood is that their gastric band will fail.

As with any other type of surgery, there are inherent risks for any patient undergoing gastric band surgery. These may include, but are not limited to:

These types of complications are potentially capable of presenting themselves during any type of surgery, whether routine or complicated. However there are also associated risks which are particular to this type of weight loss treatment, and which should always be carefully considered and taken into account by anyone considering this treatment for themselves.

As with all types of invasive treatment, correct follow up is essential to a patient’s quick recovery after undergoing gastric band surgery. This means the patient should be aware of all possible side effects and complications, and actively undertake measures to reduce the likelihood of their occurrence. Improper behaviour on the part of the patient can actively contribute towards the band slipping, or to their developing acid reflux, gastritis, and other diseases of the oesophagus and gallbladder.

There is also another, potentially fatal, side effect of gastric bands which may affect as many as 4% of gastric band surgery patients, whereby the band will slip and block the entrance to the stomach. Unable to digest either food or liquids, the patient will succumb to multiple organ failure if treatment is not obtained quickly.

To minimise the side effects of gastric band surgery, patients will usually be asked to undergo a period of regular monitoring and after care. In addition to providing medical care and advice, should it be needed, the patient will also be instructed with regards to proper eating habits and their new lifestyle.

The Benefits of Gastric Band Surgery

Gastric band surgery, for all its risks, has a proven track record of aiding patients to lose significant amounts of weight. And, in the cases of certain individuals, it has helped to save lives where all other weight loss methods have failed.

If a patient is able to commit to the demands of a post-gastric band surgery lifestyle, they will find that their initial weight loss is sudden and fast. Patients report dropping as much as 50-60% of their excess weight in the first two years following the surgery. After this, weight loss will slow, then taper off as the patient reaches their ideal weight.